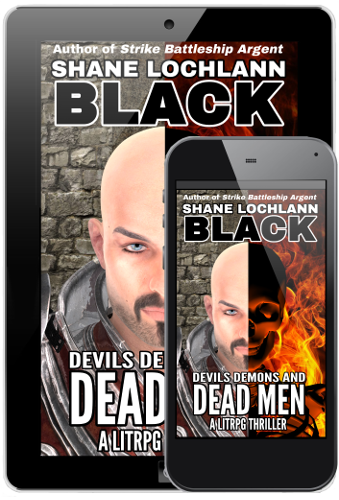 “You tell him, Harlan! You tell him it came straight from me! You publish that story and so help me there won’t be anything left of your so-called ‘news’ site but a forwarding address and a case number!”

The sound of a metal file cabinet drawer slamming shut made just about every employee in the Fairly Unusual Games office common area jump in their chairs. Nine people stared at each other in silence as Executive Vice-President Brace Coogan raged into the handset of his 1948 black desk model phone.

The roaring sound of Coogan’s voice filled the air ducts and empty spaces in Fairly Unusual’s fourth floor offices. It was like hearing dogs fighting with clubs and small arms in an upstairs apartment. The fact the VP looked like a bulldog with a gray buzzcut only added to the entertainment value. It was at times like these work on anything important came to a complete halt. Brace Coogan’s voice had an edge to it that could bend reality if he really got going.

“I’ll make it really simple for you, Harlan! You publish that story and we pull all our advertising for the next year! See if your unnamed source can plug a four million dollar hole! You’ve been warned, pal! That story goes live and your grandchildren will be answering motions in the libel case!”

The sound of the bakelite handset slamming into the hook actually shifted items on nearby shelves. A ringing sound hung in the air.

Coogan emerged from his office like a deranged wrestler from a black-and-white television sports broadcast. “Cindy! Where the he–!” He stopped when he saw his petrified assistant rigid in her chair like she was trying to avoid awakening a spider on her shoulder. Coogan’s tan sports coat, navy slacks and dress shoes completed the image of a man who could have easily just stepped out of a Nixon-era police drama. “Get senior management on the horn. We need to notify the board as well.”

Cindy nodded without waking the spider up. Coogan stalked back into his office and slammed the door. He barely avoided shattering the double-pane inset window displaying his name and title.

The developers stared at the office staff, as if the half dozen young men and women tasked with keeping the bills paid and the lights on in the relatively tiny 40-person company would fare any better explaining what had just happened.

“That’s the third executive meeting this week,” one of the accounts payable assistants said quietly.

“Keep those resumes updated,” Cindy replied as she flipped through her list of numbers and e-mail addresses titled “call in case of emergency.” The Executive Administrative Assistant knew the real title of the list should be “people who don’t like to be called when there’s an emergency” or “people who look for the slightest excuse to yell at the Executive Assistant.”

She sighed and began dialing.