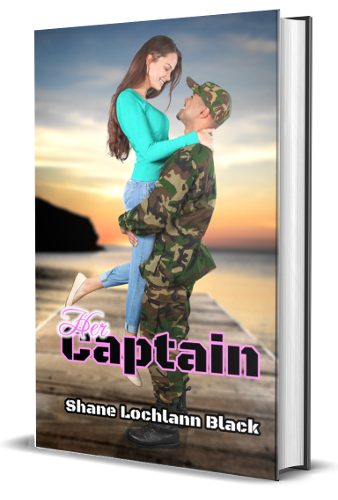 It was the first time Jericho Steel had been in a civilian grocery store for the purpose of buying food to put in his own refrigerator in almost twelve years. The place was unfathomably huge compared to most base facilities, and positively cavernous compared to a ship’s mess.

He wandered for a good fifteen minutes, trying to orient himself to the idea that any building could devote hundreds of square feet to bread. Children ran around the displays. Mothers sorted coupons and noodled on their phones. The occasional father would drift by, only marginally supervising his kids and intent on finding the 78th item from the list of 78 items given to him by his wife so he could go back to whatever he was doing when she suddenly announced the immediate need for an expedition to the store.

It was all very parochial and normal. It was the kind of environment he was going to need to get used to again. His orders had come through, and he had a year off before his next assignment.

The politics of Navy promotions never ceased to amaze him. For all intents and purposes, he was stuck at his current rank. Despite his exemplary performance and the many missions he had accomplished nobody but a handful of other officials would ever know about, the idea of promoting a man his age to a flag rank was out of the question.

Congress had a say. The president had a say. Ninety other flag officers had a say. But there was a statutory limit on the number of admirals allowed in the Navy, and there were men with many more years in who were simply ahead of him in line, even if the most dangerous thing they had ever faced was a committee briefing. That was the long and the short of it. Jericho Steel didn’t relish the idea of a desk job anyway. Men like him with duties like his didn’t wear stars on their shoulders.

Instead they wore “U.S. Navy” T-shirts and showed off their physiques while performing routine tasks, which was what the captain was doing when his grocery cart ran into hers. Well, he was also trying to find the mustard. The yellow kind, not that weird expensive gold stuff that inevitably had some kind of spice in it that turned a hot dog into a sudden need for a fire extinguisher. One of his Super Bowl party guests once suggested ketchup, but the look Jericho gave him silenced any further such heretical talk.

It was her. The girl from the party. Things were a little calmer now. She was far and away more attractive than he remembered. Her eyes gave her face a delicate sadness that practically demanded comforting. He couldn’t be sure, but he suspected she hadn’t smiled in some time. Nevertheless, she had a softness and a glow about her that stirred something in Jericho he hadn’t felt in a very long time.

“I’m so sorry,” she gushed, moving around the cart and attending to damage that wasn’t there. The apology was a bit much, even for someone trying to emphasize it.

“It’s fine. Really.” He spoke as reassuringly as he could. She wore a white sweater, teal capri pants and rather expensive-looking flats. She put a hand to her face and her breathing got shallow and frantic. When Jericho put his hand on her arm she flinched. It was then he noticed the half-healed bruise on her wrist. He decided on the spot to keep his mouth shut. Things were obviously bad enough. The best course of action was to change subjects.

“It’s my first trip and I’m not all that experienced with the rules of the road yet. Just moved in on Colorado Street.”

For the first time, he saw hope in her expression. “We have a place on Colorado. Sixteen Twenty-One.”

The idea of a young woman giving anyone her address in a public setting like this was enough to raise every antenna the captain had. It was a distress signal as real as any battlefield transmission he had ever heard. She might as well have drawn a flare gun and opened fire at the ceiling with it.

“We’re neighbors then.” He smiled. “I’m in Sixteen Seventeen. Watching the place for a friend between assignments. He bought his new wife a really expensive honeymoon and I don’t think we’re going to see them for a while.”

She looked at him with a hint of astonishment mixed with confusion. It was as if she weren’t entirely sure how to react to what Jericho would have agreed was pretty lame smalltalk. After enough time had passed that the possibility of an uncomfortable pause became likely, she replied.

“Nice to meet you again. My apologies I didn’t get a better chance to introduce myself at the party. You were at Max’s party weren’t you?”

She nodded shyly. “He invited everyone in the neighborhood. We almost missed it. I wanted to go to the wedding but I–” Apparently she decided against going further into whatever subject she was about to bring up.

Jericho noticed she meticulously avoided saying “we.” He decided to avoid the subject as well.

“Maybe you can help me,” he said. “Apparently, the world has invented sixty-eight kinds of mustard since my last trip to a grocery store. And you’ve got yellow mustard in your basket. Can you tell me where you got it so I don’t ruin my next sandwich like I did the last one?”

The raised-eyebrow expression combined with his jaunty grin actually drew the faintest hint of a smile from her. “It’s over there,” she said softly as she gestured. Jericho couldn’t be sure, but it seemed it was the first step in drawing her out of her hiding place.

“You’re a wonder, Cassie Morgan. If I get lost looking for the baby potatoes, can I call you?”

She pushed her cart away and let her hair fall to cover her face before she hurried off. Nevertheless, the Captain was fairly sure he had seen the real smile she was trying to hide.