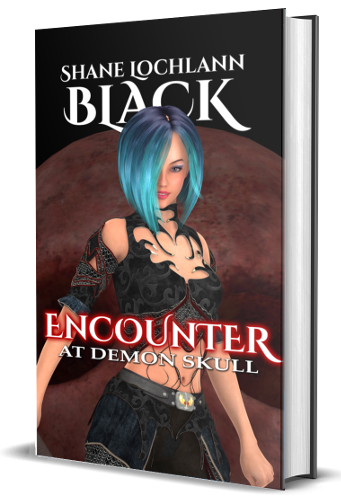 Jessica Halloran has one very important power, and that is her ability to sense evil. When a handsome Lord visits the village of Lantro, everyone seems to agree he is a polite and even noble man, but Jessica knows better. She suspects not only his evil nature, but the fact his coal-black pitted sword might be the feared vampire sword Ochreus, known as the Eight Blade, a sinister artifact that hungers for mortal blood.

With the help of Shannon O’Keene’s tracking powers, the warriors pursue Lord Dane to a place called Demon Skull. After a cataclysmic attack, the warriors get separated and Jessica is trapped in a desperate battle with a giant golem! Now it’s up to Ranko Whelan to reunite the team and find the cryptic portal concealing the infernal caverns before Jessica’s battle magic is dispelled!