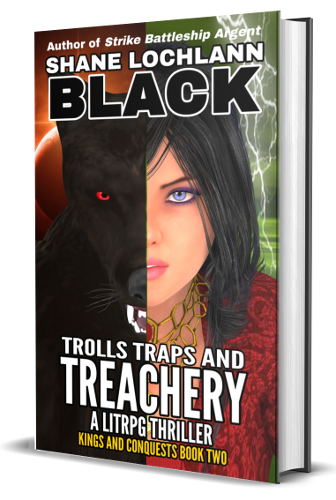 In the real world, there are no re-rolls.

It was the shot heard around the Internet.

The standoff between professional gaming’s highest-paid mercenary and the suddenly famous leader of the No-Name Guild took place in an underground tomb near Scythe Ridge. All the highest-level players thought they had beaten the ultimate quest. They were wrong, and it cost them all their in-game lives.

Everyone thought Kings and Conquests was just a game. Jordan’s friends thought they were just along for the ride. But someone wants them dead, and in the real world, there are no re-rolls.

Now Jordan is out of time and on the run. Standing between him and a billion-dollar prize is a shadowy coven of ruthless killers controlling events both in the game world and in real life. All he has left is a mysterious augmented reality device, a level nine Founder’s account and a 3D printer called a “treasure station” that serves as a doorway from the game world to the real world.

What Jordan doesn’t realize is something lethal is about to step through that doorway, and its quest consists of only two words.