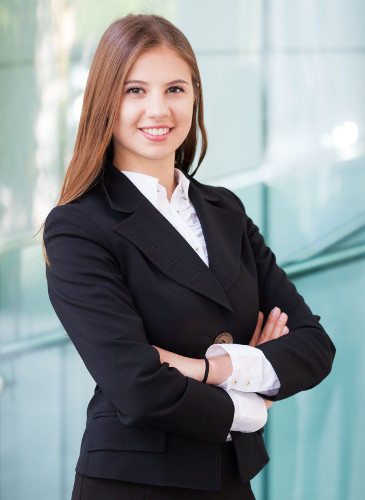 While it would be both entertaining and predictable to say this is a Jerry Maguire moment, the truth is anyone who has been in the business of publishing books, articles, comics, anthologies, non-fiction or anything else that starts out or ends up in a written form knows we’re at an inflection point. We’ve proven a dozen viable business models, but like all industries, things are about to change again. As authors and publishers we need to be aware, and do our best to influence the business for the better.

By now everyone has heard of e-books. The electronic book has been the subject of speculation since the earliest days of the technology industry and for decades in science fiction before that. Everyone remembers the ubiquitous devices in television shows like Star Trek that allowed the characters to read documents and technical manuals at a glance and even carry them from place to place. It was the 1960s version of the iPad.

During the 90s I continually predicted (and eagerly anticipated) that Apple would be the company that brought e-books to the marketplace in a big way. They already had a major presence in education. It was the logical next step. I was wrong about who, but I wasn’t wrong about what or how.

Over the last decade or so, digital publishing has grown up without a lot of fanfare. There were a few big winners in the early days of the early adopter platforms. Some authors sold a lot of books and some even managed to get traditional publishing deals as a result. The industry coalesced around one retailer and grew in relative obscurity. The average person didn’t know much about e-books and few were making any real effort to educate them.

By many measures, digital publishing is still dependent on those early adopters. Genres have become hidebound, sales are stagnating and the innovation that once drove the early adoption of enough e-reader devices to make a difference has all but disappeared. In fact, some might contend we’re moving in the wrong direction.

I’ve been publishing fiction professionally for almost eight years. I’ve had an opportunity to not only observe but experience many changes in the market for both fiction and electronic devices. Throughout this process, I’ve become increasingly impatient about the contraction and volatility of a market that should be expanding and becoming more reliable.

It became clear to me not long ago the market for digital books isn’t going to expand any further unless authors like myself make it happen.

Since I make my living writing, the best way I can contribute to the new era is to turn what I’ve learned into a course and a book series.  Since I’ve already written extensively about my experiences in freelancing, I decided the best way to organize my message was to combine the two and re-launch my Million Dollar Artist™ series.

I have some unique viewpoints on these matters because I have not only run a successful publishing business, but I also ran a fairly large animation studio and a fairly large webcomic network. Those two previous businesses succeeded largely because of my skill in sales. My goal with this new initiative is to teach those sales skills to others and show you how to adapt them to your creative business. What I have to say isn’t necessarily limited to the publishing business. It will definitely affect how you think about any creative enterprise. Even software development.

The biggest problem with relying on someone else’s store is they make all the rules: Rules which will inevitably infringe on your marketing plans. Only a fool builds his empire on someone else’s land. Why do you think Apple opened their own retail stores? Because putting their product in someone’s hands in their own building was the right way to sell technology, and they have a trillion dollars worth of market capitalization to prove it.

When I combine my business experience with my work in children’s television and interactive development, it provides me a lot of unique knowledge I think will be very useful. Along with several other authors, I’m spearheading an initiative called Enchanted Airship, which will finally do for middle grade and YA fiction what Broderbund and Leapfrog did for kids technology 20 years ago. If you happen to be a middle-grade or YA author, Enchanted Airship goes with “your own bookstore” like three jacks go with a pair of aces.

I started my first online business in 1995 (live in 95!) selling shareware through a service called SWREG. I opened my first online store in 1999. I’m happy to report things have gotten a lot easier since then.

In short, I’m going to teach you how to open and run your own bookstore.

You might be tempted to think a bookstore is only useful for authors. I will show you how having a bookstore can help any business. Books are venerated in our society like nothing else.  The title “author” carries with it considerable respect. Think blogging is a great way to get the word out? Having your own bookstore and your own publications is blogging with rocket engines! Bookstores and blogs are complimentary. One strengthens the other. For writers, marketing doesn’t get any better, or easier.

When you see what I’ve done and what you’ll soon be able to do, I think you’ll agree this is the beginning of a new era in digital publishing. The industry is growing up, and this is the next big step. The “feature list” of your new store will astonish you if you’ve been relying on third-party retailers up to this point. Plus, you can simply add your store to your retail network without interfering in your current distribution plans.

If you happen to be crowdfunding-minded, and you’ve wondered how to do for your books what all those enterprising folks on YouTube do with their video channels, running your own bookstore is going to provide you with a number of inspiring and lucrative answers. Yep, I have the key to crowdfunding for authors too.

If you’d like to learn more, I recommend joining my mailing list. I publish in a lot of different genres, so don’t be surprised if you get e-mails announcing new releases in my fiction, comic or game series. But do watch those newsletters, because in them you’ll find links to new articles, tips and tricks and some special offers you’ll find quite useful as you build your new and improved publishing business.

The future is here, and your writing is going to be a big part of it. Part Two: The Shopify Revolution.