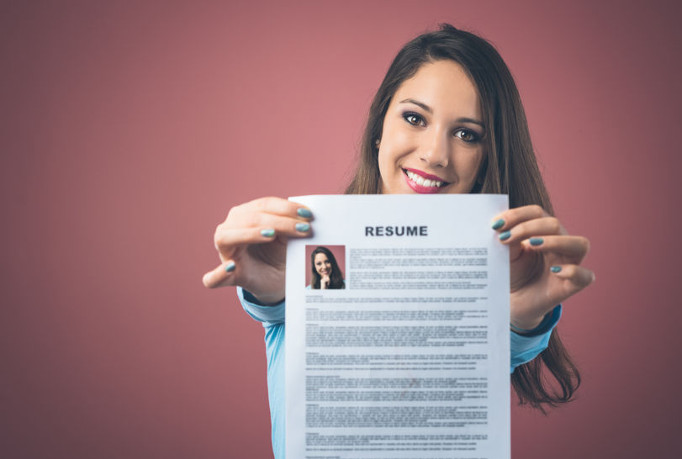 By the time you finish reading this article, someone will have committed suicide. There is a 20% chance they will have taken their own life because they couldn’t find a job.

We labor under a number of myths in these United States. Among them is the belief that any man who can’t find a job is either defective or has himself to blame. It’s his fault. Either he doesn’t have the skills, or failed to get an education, or isn’t likable, or has a bad attitude. There’s a reason he can’t find a job, and whatever that reason might be, it must be his fault.

It’s certainly a convenient conclusion if you stand to gain from that man’s desperation. After all, how much easier and cheaper is it to hire a man who has no confidence in his worth as an employee? Once you’ve done away with his hard-won qualifications (and their effect on his price), you can portray your reluctant offer of employment as an act of unusual generosity instead of a transaction of money for labor. In the former, the man is expected to be grateful for your benevolent forbearance. In the latter, it’s an arrangement between equals.

Well, the very last thing some people want is arrangements between equals.

To say this disease has reached a perverse and sadistic magnitude in the American job market would be kind. The fact is teenagers are now being asked if they have experience when they apply for part-time summer employment serving bagels. As we all know, training someone to serve bagels is expensive and not always successful, and Heaven help us and the stock price if Timmy or Susie forgets to upsell that second $0.75 tablespoon of cream cheese.

Some might be tempted to put this sudden scrutiny of every defect a human might possess down to malice or hostility. But it’s simpler than that. Hiring managers are not playing keepaway with your livelihood. They are avoiding their responsibility because they are paranoid and mentally stunted. The American job market is corrupt to its core because these people are never held accountable for the arbitrary decisions they make about other people and their careers.

When I apply for a job, I assume I have about 30 seconds to explain how I can use decades of intricate senior-level technology skills and achievements to provide synergy and enterprise value to deliver cross-media solutions for an ever-changing market and an expanding global supply chain. That or I can say something like “my technical talents are just like Lord of the Rings but with dinosaurs.” The truth is it doesn’t matter what I say. The person reading my resume doesn’t have the slightest clue what any of it means. All they know is I’m not qualified. For any job.

Workers of the past, like my parents, had a very powerful tool at their disposal. It was called the “benefit of the doubt.” Hiring managers didn’t assume they were liars, nor did they assume they were unable to do the job, or for that matter, any job. They weren’t treated with suspicion. They weren’t accused of being grown adults who somehow managed to accumulate a ten-year employment history and a graduate degree without a single “marketable skill.” When they sat down for a interview, the hiring manager took what they had to say at face value. That’s why they got good jobs and kept them long enough to pay off their houses. It’s why I grew up in a stable two-parent home with enough to eat and a swimming pool.

Workers of today, by contrast, are presumed to be filthy, scheming frauds. That’s one reason, among many, employers so often schedule interview tribunals that resemble confirmation hearings for the Joint Chiefs of Staff. Employers are on a mission, you see, lest one of you unqualified mongrels get past them and get your grubby hands on a paycheck or two. Once you’re employed, you have legitimacy, and that simply cannot be allowed to stand. They know you’re hiding something, and by God they’re going to make you admit it if they have to schedule second and third interviews and require a security clearance as part of your background and credit check.

And while this shrill, accusatory circus drags on, nearly six million working-age people who want jobs in the United States sit idle, unable to support themselves or anyone else. That’s more than the combined populations of Chicago, Houston and Sacramento. Think of the immense volume of productivity going to waste right now in this country! What could those people be contributing if they weren’t being blocked from getting a job by childish, irresponsible “managers” who won’t accept the responsibility that comes with employing adults? Everybody thinks the gig economy is some new innovation. It isn’t. The gig economy is six million people holding the employment equivalent of a garage sale so they can feed themselves.

The paranoid American workplace is nothing if not profitable. Wages have been stagnant for 46 years. Hiring people sight unseen from 11,000 miles away to pretend to do jobs in American companies sure looks impressive on a spreadsheet. The fact that it is yet another example of the kind of magical thinking that gave us the professional disaster we are currently experiencing is never acknowledged. It’s much easier to blame the guy with no job than it is to face facts. You’ll notice the candidate from overseas doesn’t have to sit in front of a tribunal and answer questions about ping-pong balls.

The starvation and suffocation underway in our nation isn’t helped by the continual celebration of the so-called “unemployment rate.” The brilliant numbers would seem to indicate anyone who wants a job can get one, when nothing could be further from the truth. Just ask around. It won’t take long for you to find a number of people who are qualified for numerous jobs and yet have been looking for weeks, months or even years with no success. Not only have they failed to find jobs, they have very likely failed to get a response of any kind from dozens, hundreds or even thousands of applications.

Even if they do manage to get past the fortress between them and a human being who actually took the time to read their resume, they’re certain to run into the aforementioned inquisition, where they will be politely informed by the nine people interviewing them their application has been turned down in a 5-4 decision over font preference.

And even if they manage to get an offer, what do they really have in a world where companies posting record revenues turn around and fire hundreds of highly trained and established employees a few weeks later? A job is the foundation upon which grown adults build marriages, families, homes, educations and retirements. Those are lifetime achievements they expect to fund with their paycheck from a job likely to end abruptly for reasons completely beyond their control. They’d be better off building a greeting card factory in a volcano.

Since nobody wants to face the unemployment disaster, it might be instructive to move on to the people who are employed and see if they can find any joy in their work day. I’m fairly certain I don’t have to explain to you how fast that investigation will end without success.

You might be tempted to think my flippant tone is meant to be funny. It isn’t. This isn’t funny. This isn’t funny at all. It is estimated that 20% of all suicides are the result of inability to find a paying job, and suicides in the U.S. are up 30% in the last 18 years.

American hiring managers are paranoid and corrupt, and they have turned our workplaces into a psychiatric ward where half the employees are being driven insane by impossible workloads and the other half are terrified they are going to lose their jobs and homes at any moment.

This state of affairs will be the end of us if it isn’t addressed. Leaving aside the deteriorating morals of our society and the increasingly adversarial political climate, no nation can survive if its wealth and opportunity are cheap prizes won over a roulette wheel guarded by a psychotropic-addicted mental patient.