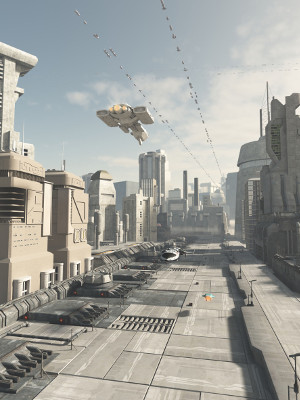 After another 45 minutes fighting with my analytics dashboard, I have extricated Google Analytics from all my web properties forever. I’m this far from blocking Google entirely at the router. Yes, that means my sites won’t show up in search, but I’m not convinced showing up in Google searches matters any more.

Yeah, I know. There’s some genius on YouTube who uses analytics and search consoles and webmaster tools and super-technical-gee-whiz-wowEEEEEEEEEEEEMONEEEEEEEEEEEEEEEE except I know better. Google has constructed a giant taffy wad of unintelligible nonsense designed to consume time and return nothing. Analytics used to be a good product, but now we’re back to the social media thing: Solve a puzzle, win a prize. The only problem is, there is nothing Google offers that will help you in the slightest when it comes to selling products. That is unless you think spending $2.40 a click for traffic makes sense on any planet populated by humans.

You see, when I look at Google analytics I notice almost all of the traffic Google says I’m getting is from fake referrals. Remember kids, Google is a $760 billion company with buildings full of PhDs. They only hire the smartest people in the world, yet somehow they are getting outmaneuvered by teenagers who can fake referral traffic with a couple dozen lines of Python code.

Why isn’t this fake traffic being automatically deleted from my reports? This has been going on for months. Why is it when I set up a segment or a filter and say “block everything from this host name” it doesn’t block anything? Google does a phenomenal job lording itself over our e-mail, but I suppose controlling your e-mail is more important than controlling your web site.

You know, with my new server I have access to my own web logs now. How long would it take me to write a Perl script to get accurate traffic data? An afternoon? And then I’ll be able to customize my reports any way I like.

If you’re in business for yourself, this is one of the most important things you can do to make your enterprise more efficient. Don’t invest time or treasure in anything that doesn’t give you a bankable return on that investment. When you find yourself standing in the surf filling buckets with seawater and emptying them back into the ocean, it’s time to take a step back and ask yourself if you’re getting any benefit.

One thing you can be certain of: The technology industry excels at handing you a box of blinkenlights that doesn’t do anything useful. They also really enjoy charging you a lot of money for it too. Google analytics is just the most recent example. It is an utterly useless service now, which perfectly explains its affordable price. Free and worth every penny.

Doesn’t Google have artificial intelligence and self-driving cars? Aren’t they the self-appointed Internet Police? and aren’t they SO MUCH SMARTER THAN YOU ARE?

Or maybe they aren’t. Perhaps that’s the lesson here. Either way, they’re out in the parking lot with a cardboard box as far as this little gray duck’s web sites are concerned. Black out.